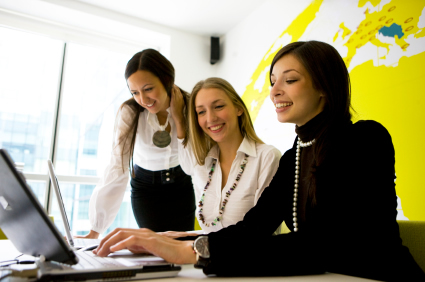 It used to be that small business owners were forced to buy the same type of office equipment found in most home offices. But manufacturers have realized that the needs of the small business are often considerably greater than the average consumer. Canon ImageRUNNER copiers were born from this need: a line of user-friendly and affordable small business machines.

Canon has long been regarded as one of the industry leaders when it comes to innovative producers of duplication machinery and much of this can be attributed to the imageRUNNER line. Known for their combination of speed, productivity, adaptability and cost-per-print savings, this unique line has been effectively tailored to a variety of small business applications.

Standing Canon ImageRUNNER copiers  side by side is like comparing Miss America contestants – even the one that plays the accordion is worth watching. However the copier you select has little to do with appearance, but rather the size of your organization and the connectivity of your business units. Consider the following three popular Canon ImageRUNNER machines:

Large office with a need for speed

This group of Canon ImageRUNNER copiers print high-speed black and white copies, ideal for large copy volumes and color scanning for large office workgroups. Depending on the model you select, print speeds range from 55 to 75 pages per minute (ppm), with a paper capacity of 4,200 sheets that’s upgradable to 7,700, greatly reducing downtime. Plus, these copiers have a print resolution that produces up to 1200 x 1200 dpi for the optimal clarity of all your printed materials. 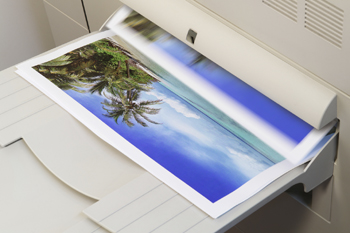 Small office with a small budget

Created for office workgroups, this series of Canon ImageRUNNER copiers offer more affordable versions of the prior line, yet still feature the same high-speed color and black and white printing capabilities up to 1200 x 1200 dpi. The biggest difference between this series and the 6000 series is in print speed, with the C7000 series capable of between 65/60 ppm (BW/Color) to 55/55 ppm (BW/Color) depending on the specific model. Also, the sheet capacity is slightly less, allowing for an easier fit into smaller spaces, with a standard capacity of 3,400 sheets and a max of 6,900.

The occasional user who has a lack of space

If both of the previous models sound like they may be too much for your needs, the C5000 Series is a compact yet powerful color copier that’s been designed especially for small businesses and small offices. Featuring a range of print speeds that extend from 30 to 51 ppm, C5000 models include the same clarity as the larger models (1200 x 1200 dpi) but in a much smaller design that can easily fit into a store room or behind a counter. Plus, they store 1,200 sheets of paper and can be upgraded to a max of 5,000 for print-heavy operations.