Your Source for Postage Meters Prices and Purchasing Advice

What the postage meter companies aren’t telling you

Bulk postage can save mail-reliant businesses thousands of dollars each year. But whether you own a small local business with one location or a national chain, there are only five options when it comes to postage meter companies. Authorized by the U.S. Postal Service, these five vendors provide a range of products and an equally fluctuating range of prices. And based on user reviews, the level of service – both in regard to tech support as well as billing – is a pretty big wild card too. 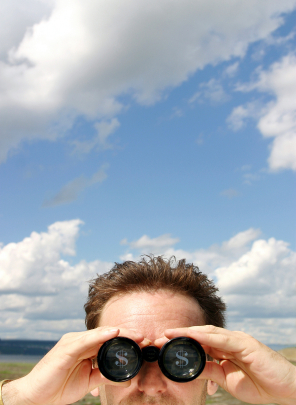 Where does each company excel – or fall short?

At the end of the day, you’re buying postage. But aside from the actual price of the postage itself, there are additional costs associated with machinery and consumables. And these costs can add up. So when choosing a postage meter for your business, take a moment to consider what other users have said about the big five, summarized below.

As Microsoft is to the software industry, so is Pitney Bowes to postage metering. Pitney Bowes is bar far the leading giant of all the postage meter companies -- they have what some have referred to as a “death grip” on the USPS. Being at the top has its advantages it seems, with users complaining bitterly about “arbitrary rate increases” that in some cases were as high as “double the price per month” and a lack of technical support when machinery breaks down. In addition, consumables have been cited as “overpriced,” and typically ship via the most expensive route. The one strength they seem to have is related to sales, with a wide network of representatives that provide an almost immediate response to queries related to installation and initial setup.

According to reviews, Francotyp manufactures “the best, most reliable machines” of all the postage meter companies due in large part to their extreme durability. With active products in the marketplace since the 1960s and 1970s, these machines have continued to produce high volumes of mail with little to no downtime or malfunctions. In addition, they reportedly provide the greatest value overall, with reasonable upgrade charges to effectively and affordably keep up with a growing business and its related mail volume. In addition, they were cited for providing great technical support when problems did arise. The one complaint is related to the limited nature of their dealer network, with some people having to purchase from dealers well outside their local area. 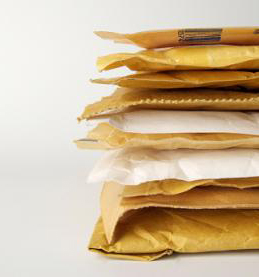 Hasler has made a point of distinguishing themselves from Neopost SA, their French parent company. But with Neopost buying the Ascom-Hasler mail systems division from Ascom in 2001, it makes for a rather moot point. Together, Hasler and Neopost are two postage meter companies that account for the bulk of Europe’s postage and are second largest in the world, only trailing behind Pitney Bowes. Given their status, the reviews seems to be somewhat surprising, often comparing their machinery to the low-end, entry-level systems provided by Pitney Bowes, even though the systems reportedly provide the same features and cover the same rate of letters per minute.

Based in Webster, NY, Data-Pac has been in business for over 35 years. Not traditionally geared toward small business, they focus primarily on middle- to high-volume operations, however they’re rumored to soon provide a smaller unit that will produce 60 letters per minute. Their current models produce 160 letters per minute on the low end and range up to 250 letters per minute, receiving largely positive reviews for simplicity and value overall. However, due to the relatively limited nature of their services and the fact that they only provide sales directly through the company and not through third-party vendors like the other postage meter companies, they’re often omitted from consideration when stacked against the other four options.

Another company cited for the quality of their machinery, NeoPost has long been credited for providing reliable products. In fact, some Francotyp machines are actually manufactured by NeoPost. In addition to the cost of machinery, NeoPost grabbed top marks for the affordability of consumables related to printing. But similar to Francotyp, their primary shortcoming is related to the limits of their dealer network, without much concern in regard to expansion, according to user reviews.